Greetings, everyone! I’m d0ntK, a fairly new developer who supports the team by spriting character animations. Today’s topic does not involve characters directly, however. Instead, we’re going to show you some of the new items and their mechanics we have included in  upcoming SSF2 Beta.

For the few past months, fans have been making speculations for new characters, stages, mechanics, etc. It seems like not everyone pays attention to the items, despite their relevance in casual play and how they also effect high level play.

Currently SSF2 only has two explosive items, the Bob-Omb and the exploding capsule. We all know that items, and especially explosive items, may shake the game in unexpected, yet impressive ways. In SSF2 Beta, we’ve added many of those, so let’s start this blog with a literal bang!

First on the list, the fireworks. As many of you may already know, we teased this brand new item on our Facebook page some months ago. 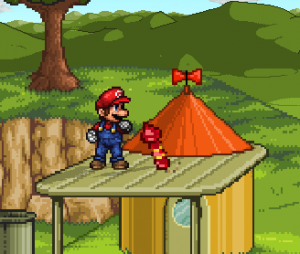 Are we celebrating something?

Fireworks act as projectile items that can be thrown in any direction. After travelling a certain distance it will explode into a festive surprise. The explosion has a big range so make sure to try and get away from its explosion range. It also received some visual upgrade since the last tease so it has a more colorful and festive feeling overall.

Removed in v0.9b, The Explosive Tag makes its return in Beta, with a brand new redesign and better performance. 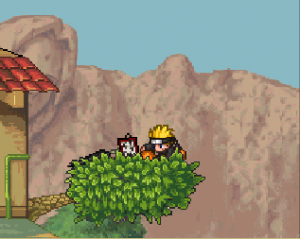 So this is where it was! This bush hid it all this time!

The Explosive Tag is a projectile item that latches onto the opponent and then explodes after a small amount of time passes.

Personally one of my favorite items in the Smash series, the Smart Bomb finally gets included into the game. 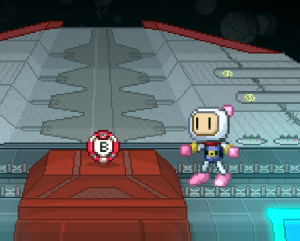 A new type of bomb power up?

The Smart Bomb is a very dangerous item as it has a huge range to its blast explosion. Adding to that, the explosion lasts for quite a while, and it traps foes in the blast zone before sending them off to the distance. You wouldn’t want to be captured by this bad baby when you have high percentages on you, so try to stay away from the explosion at all cost.

The sneaky Motion Sensor Bomb makes its way into the game as well. Everyone who’s played any of the original games knows what this fella can do to its victims. 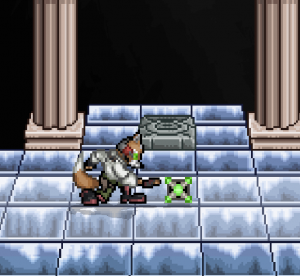 This bomb when thrown, will attach itself to the ground and begin to sense for victims. It will explode whenever any player steps on it, even if that player happens to be the one who planted it. Make sure to remember where the bomb was planted since it’s hard to detect where it is due to it being small and flat, and even more during the heat of a battle. Its explosion power is high enough to send players flying even at low percentages.

The Blast Box is also introduced to the game. This one is the dangerous one. 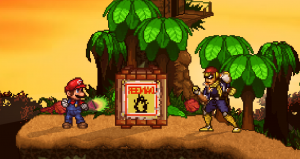 Caution! Do not use fire!
This dangerous, powder-filled box can potentially K.O any player if it’s attacked recklessly, which causes it to explode and deal a high amount of damage to any player near the explosion. Attacking it with normal attacks does not make it explode instantly but fire based moves will. Some moves can also make it travel a short distance.

It said not to use fire! Do you guys even read?

Leaving the explosions, we move on to magic. Allow me to introduce the Beam Rod. 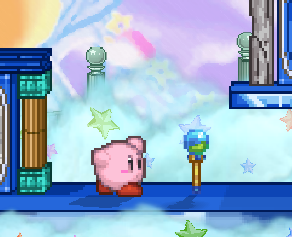 Stop it! Pick the sword!

The Deku Nut also has been included in SSF2 Beta. 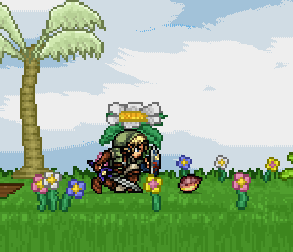 This item works the same way it does since it’s debut in the Smash series. The player can either grab and throw it, or attack it …probably not the best option. The deku nut will burst open with a flash if it collides with a wall or land on the ground. Any player near the flash will get dizzy and will be unable to move for a short period of time, allowing anyone to punish with any attack. The higher the damage, the longer the dizziness.

It also packs quite the punch if it hits directly a player and can potentially lead to a lost stock.

For a small nut it hits quite hard.

Last, but not least, we have the Master Ball. Yup, the exact same Pokéball which Pokémon can’t escape from, not even legendaries. 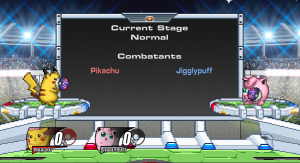 Staring intensifies
Unlike Smash for 3DS/WiiU, where the Master Ball spawns legendary Pokemons to aid the player, in SSF2 Beta the Master ball has a different functionality. Instead of releasing an ally it actually catches a foe; that’s right, it captures the player who gets sucked in its light field and traps them inside the ball for a period of time. Players stuck in the Master ball can still struggle to break free. But better be quick or else the player who used it will have some time to deal the player stuck inside some damage before the Master Ball lets them out.

You wouldn’t like to get hit by it offstage.

For Beta, many items also received upgrades in general that make them feel better and helps them fit in with the environment of SSF2. Items now have shadows like characters. This helps the items to blend in with the ground of the stage and makes it feel like they really possess a figure and angle to them.

Some of the already existing items also received visual improvements. 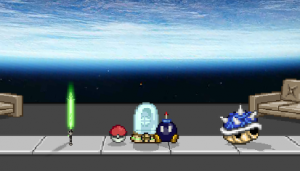 Now they really blend in with the environment!

They also received a new mechanic in which hitting or attacking an item while airborne can push them or deviate their trajectory to another direction in which they would still have an active hitbox.

Sliding all the way.

And lastly on our topic, I’m sure you’ve noticed by now, but the entire cast of SSF2 Beta received item throw animations. This has been already shown in some of our videos and we’ve even teased this a while back on Facebook as well. Throwing items in v0.9b feels awkward since the character does not move at all when throwing the item. Adding to the entire cast this new animation makes them feel a lot better in general; this helps them to move more naturally and overall gives them better performance with the execution of items.

That’s all for this blog folks, I hope you enjoyed today’s topic as much as I did.