You know, it’s been a fun couple of years working on SSF2. Development has ended up getting pretty boring lately to be honest, and that’s why we’re mixing things up.

We’ve decided to rebrand SSF2 into Flash Minus. We’ve had so many Brawl Minus developers on our team, it seemed like a natural progression.

This is the first of a series of videos to show off what the new update of Flash Minus will bring. Happy Easter! 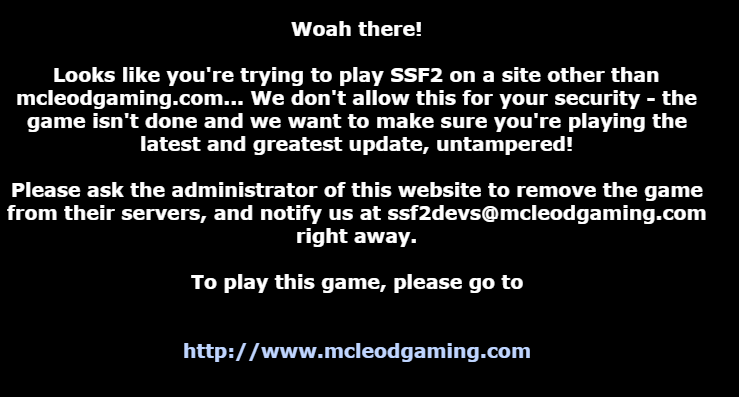 Version 1.0.3.1 fixes a good number of lingering issues since the last update, including some of the changes we’ve debuted at Super Smash Con.

Please note that this is a minor update and does not contain any new character content or final smashes (next significant update will be labeled 1.1.0), however we did sneak in Sandbag Basketball and Crystal Smash Mode for you guys 😉

Browser players can play the latest update now on our SSF2 page.

Desktop players will receive an auto-update notification upon opening the game, or they may download the game directly from our downloads page.

Another SSF2 Beta update is out!

Version 1.0.2 fixes a number of lingering bugs and offers even better online mode stability. You should be able to play as many Online matches as you want without having to close your game between them. Browser players can play now on the SSF2 page. Desktop players can either use the built-in auto-updater, or download the game directly from the downloads page.

SSF2 Beta version 1.0.1 is now live! Browser players can head right on over to the SSF2 page to play. For desktop players, once you boot your game it will prompt you to update. This is a mandatory update that is required to play online mode.