If you’ve played the official Smash games, you’re probably familiar with Versus Mode. It’s the mode around which all of Smash is based. Here, you can stage a battle between two to four players or computer opponents! 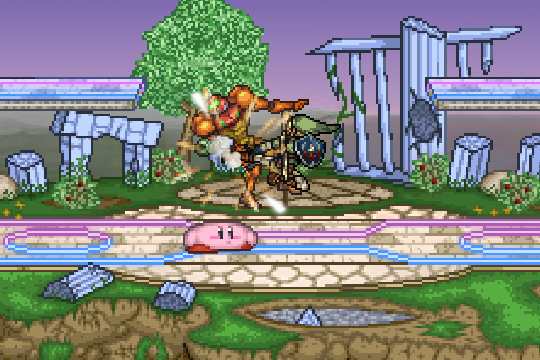 Choose characters and a stage, and you're ready to fight!

As you probably know by now, Super Smash Bros. replaces the hit-point meters of normal fighting games with a damage percentage counter. This percentage builds up as your character is hit by attacks. 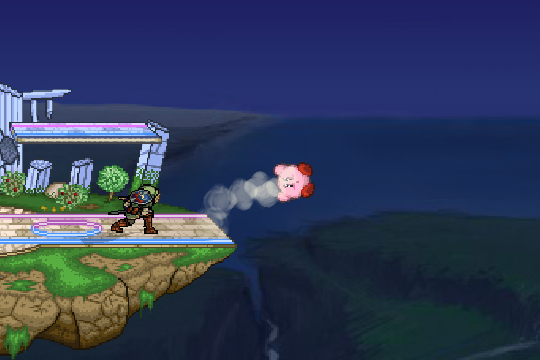 At low damage percentages, even a strong attack won't be able to send foes very far... 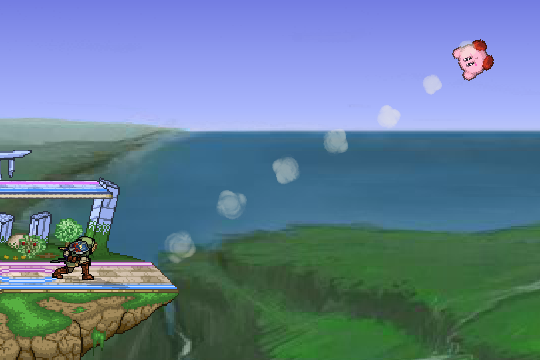 On the flipside, characters at low percentages are easier to combo, resulting in taking even more damage. But no matter how much damage you take, it’s useless without a strong finishing attack to knock you beyond the edge of the stage! 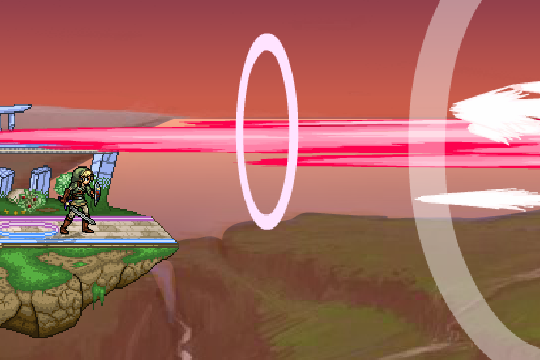 Knocking the opponent off the stage scores you a point!

Just how knocking out opponents and scoring points helps you win varies between game modes, but the general idea is the same: KO’d foes are good, getting KO’d is bad. 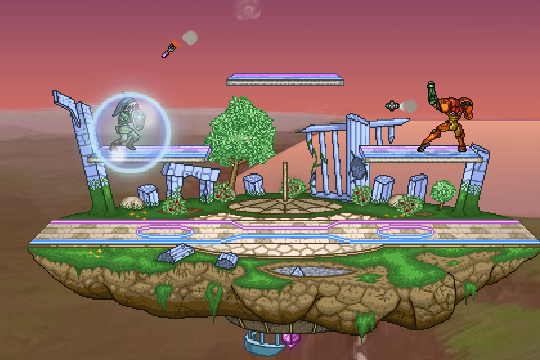 Change your strategy to stay one step ahead of your opponent!

As characters take damage, get knocked out, and adapt to each others’ strategies, the flow of battle can dramatically change. This is part of what makes Smash so fun!