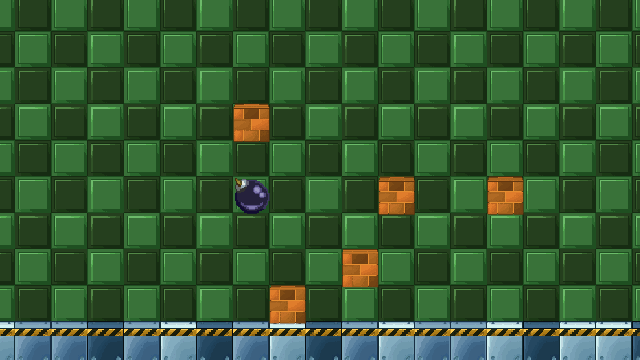 The most iconic area in all of the Bomberman franchise appears as a stage. 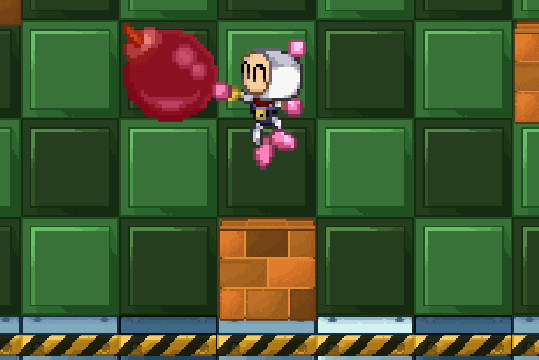 This stage may look simple, but it’s got a few tricks up its sleeves! Brown blocks appear around the stage randomly, constantly changing the terrain you fight on. 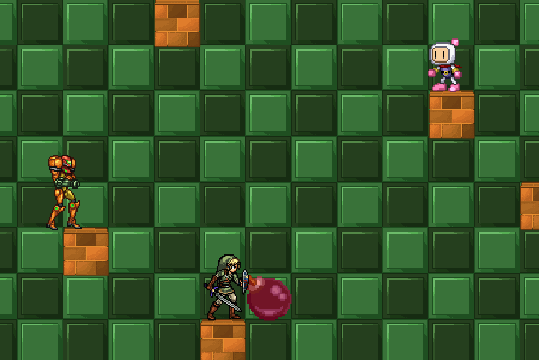 You never know where the next one might show up.

That’s not all however. Bombs will also spawn randomly, and when they do, they’re sure to pack a punch! 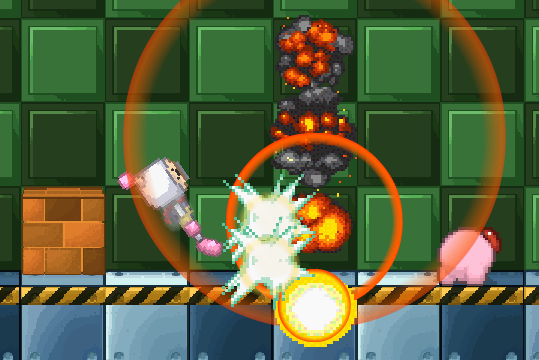 Where's a Bomb Shield when you need it?!

Whether you want to play it safe or play with the bombs, you’re surely gonna have a blast!